Popular Singer, Paul Okoye In Shock After Someone Sent Him A DM Asking For $2 Million

Paul Okoye has told a rather stunning story about how a man sent him a Direct Message (DM) on Instagram to make a rather weird request recently.

The popular singer who made fame as one half of the now defunct P-Square pop group, told the story on his Instagram page on Friday January 25, 2019.

According to him, a man sent him a DM asking for a whopping $2 million with which to fund his business.

Paul shared a screenshot of the unnamed man's message on his Instagram page. See below: 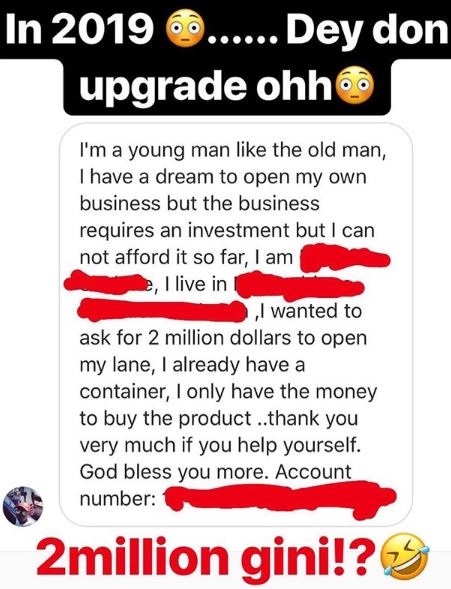 He then wrote the following as his caption.

His many fans who also found the development really funny, took to his comment section to talk make hilarious comments about it. Many described the man who made re request as a 'demented person'.