Nigerian Lady Trafficked To Lebanon Regains Freedom, Handed Over To Ambassador In Beirut 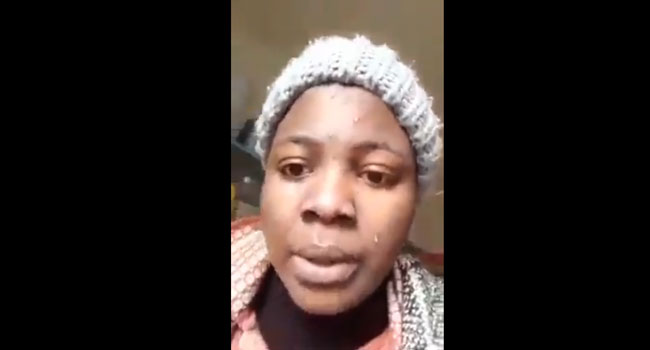 A young Nigerian lady who was trafficked to Lebanon has regained her freedom and has now been handed over to the Nigerian Ambassador in Beirut.

This is according to the Chairman, Nigerians in Diaspora Commission, Mrs. Abike Dabiri-Erewa.

Mrs. Dabiri-Erewa made this disclose via her official Twitter page on Monday, January 13.

According to the President’s special aide, the young lady who is known as Omolola Ajayi was received warmly by Ambassador Goni Zanna Bura and she is happy to be in safe hands.

She added that Omolola will soon be home. 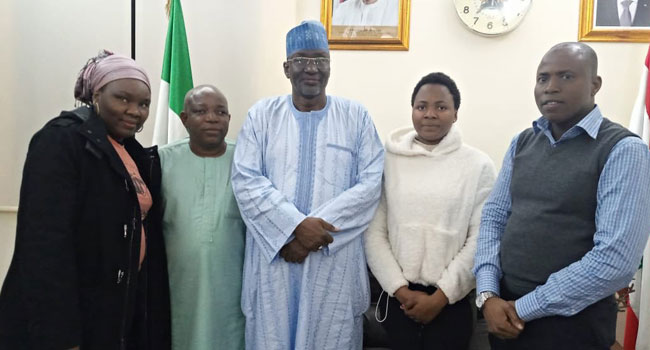 ‘Please save me, I don’t want to die’

A few days ago, Omolola Ajayi cried out for help via a viral video, claiming that she was allegedly sold into slavery in Lebanon.

Omolola revealed that her parents, Mr. Kehinde Ajayi and Mrs. Felicia Ajayi live at Offa Garage at Under Bridge in Ilorin, Kwara State, alleged that a family friend perpetrated the sad act against her.

According to Omolola, she thought she was coming to Lebanon to teach English but discovered she had been deceived upon arriving in the country.

Omolola disclosed that some of those who fell victim to the same scam are already dead as they are not taken to the hospital when they are sick by their “masters” who seized their passport upon arriving in the country.

Below is a full transcription of what the distraught young lady said in her viral video.

A family friend introduced me to the Lebanese that brought me here to teach their children English language. It turned out to be a lie. When I got here, they collected my passport and kept it. I asked why they did that, I was told that I had been sold as a slave. What I’m facing here is not a small thing. I hope I don’t die. If we’re sick, they wouldn’t take us to the hospital and they only give us analgesics. Half of the people we came to Lebanon together with have died.

The person I’m with now wants to rape me, but I didn’t agree. I’m struggling with him. He has collected my phone. He said that he wouldn’t return it until I accept his sexual advances. If he is sleeping or has gone out, I take the phone.

I told my boss that I wanted to be returned to Nigeria, he replied that he has paid for me; that dead or alive, he owns me. I have a three-year-old baby in Nigeria. Feminique Life Support, please help me, have mercy on me! I want to take care of my daughter. Please don’t let my death make my parents cry.

The other girl I worked with has travelled so he could come to me again. Please help me, don’t allow them to kill me in this country. I don’t even have room to sleep. I sleep on the floor, in the parlor, in this cold weather. I’m not even given a cloth to cover; I wear rags. Please help me because as this man tried to rape me, I pushed him away, so I am scared of him dying by my hands because they’ll kill me too.

My child doesn’t know me and I am suffering too much. The work I came here to do is different from what they are using me for here, and as I speak, I’m even ill and the only drug I had been given was analgesic.

Reacting to the viral video, Governor Abdulrahman Abdulrasaq of Kwara State condemned the rising trend of human trafficking in the country.

The governor vowed to deal with anyone caught in the state according to the dictates of the law.

Governor Abdulrasaq said he ordered an immediate investigation into the matter, adding that three suspects, comprising two Nigerians and the Lebanese referred to in the footage, had been arrested in connection with the case.

He further revealed that all the suspects and those connected with the case are being interrogated.

The governor also disclosed that discreet investigations by the Nigeria Security and Civil Defence Corps, in Kwara State have revealed that there are at least 28 other victims of this horrible trafficking gang.

He urged residents to be confident in coming forward with information regarding trafficking activities.