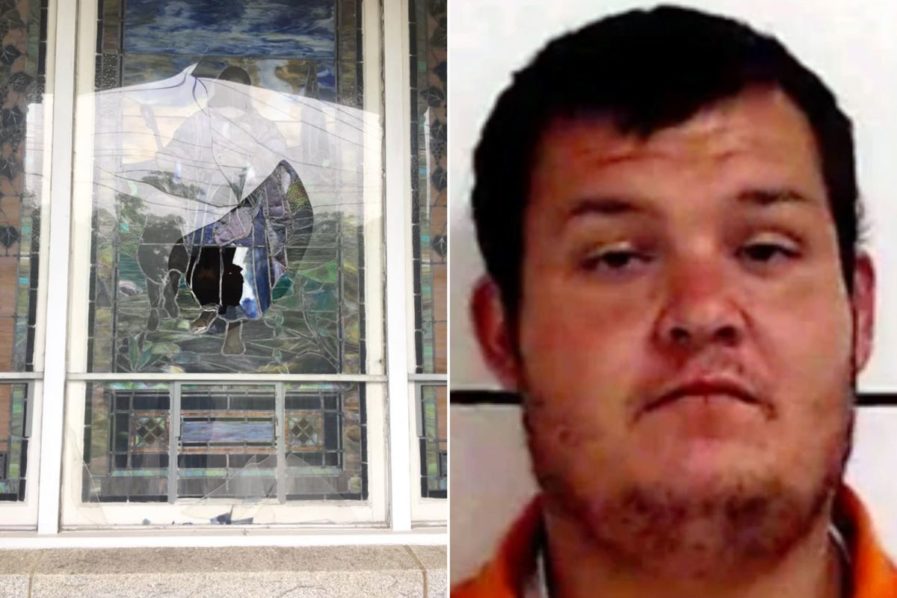 A man named Jesus was has been arrested for destroying a church’s antique stained glass window with a rock in North Carolina.

About 2 square feet of the 30-foot stained glass window, which dates back to 1925, was destroyed from Arellano’s vandalism, the outlet said.

Cops found Arellano lurking in a nearby cemetery the next day and arrested him, the outlet reported.

Neil Ruth, the church’s pastor said Grace Moravian is a symbol of kindness in the community and found it bizarre that anyone would do such. He also added that the church is worried about the state of mind of such a person. Speaking about the congregation, Ruth said:

“Their biggest concern is who would be this demented and upset to so directly deface the image of Jesus. So their main concern is to pray for that person.”

It was not immediately clear if anything was stolen or what Arellano’s motive for the vandalism was.