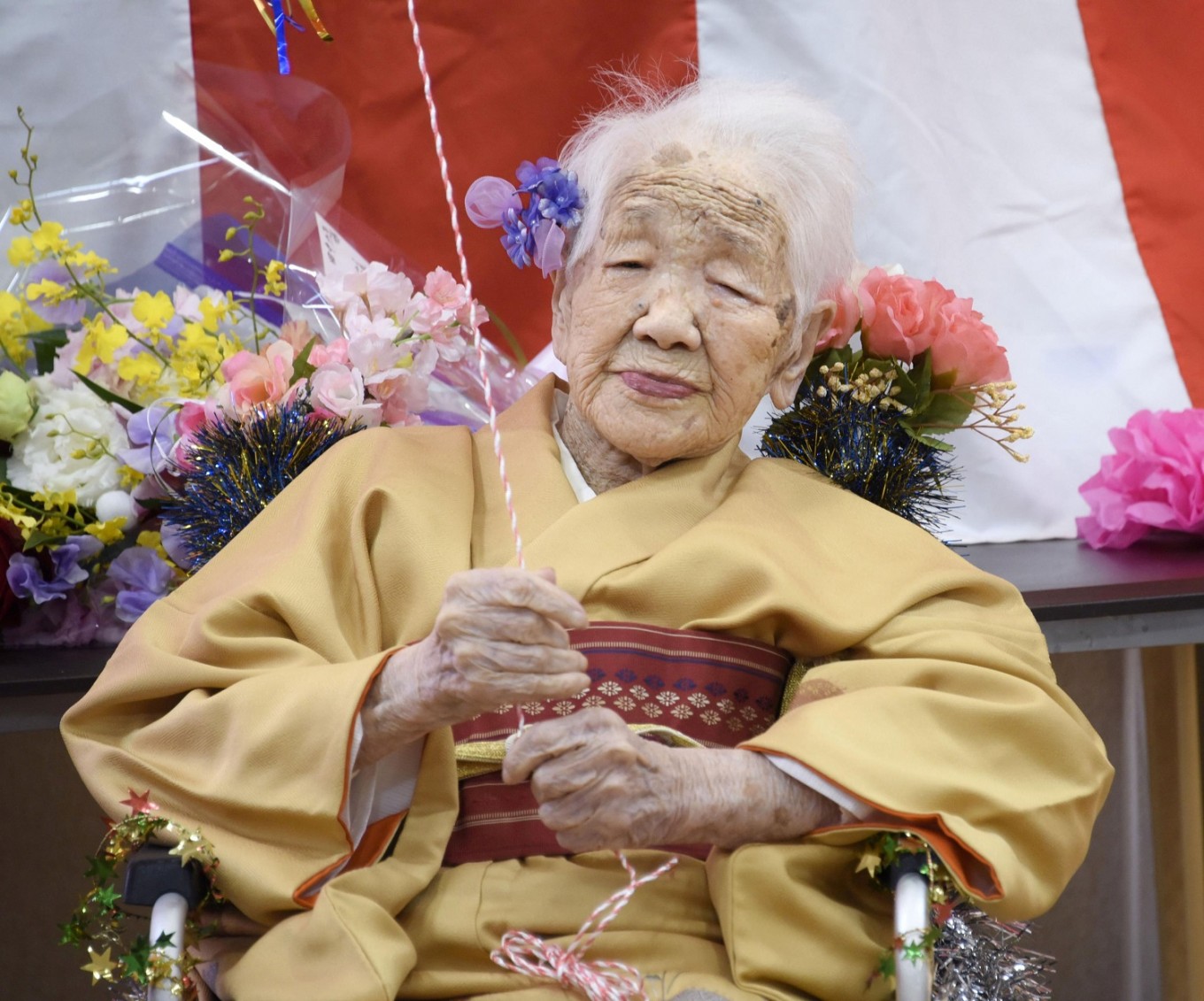 She turned a year older on January 2 and was last year confirmed as the oldest living person, aged 116 years 66 days old as of March 9, according to Guinness World Records.

Tanaka celebrated turning 117 with a party along with staff and friends at a nursing home in Fukuoka in southern Japan.

She could be seen taking a bite from her birthday cake as she requested for more with a smile. She said:

Tanaka was born prematurely in 1903 and married Hideo Tanaka in 1922, Guinness World Records said. The couple had four children and adopted a fifth.

During World War II, she sold rice cake with her husband. She lost her husband and son to the war.

She retired when she was 63.

She likes to wake up at 6AM every morning and enjoys math, calligraphy and board games.

She has reportedly said the secret of her longevity is “to eat delicious food, study and play Othello. That’s it.”

Tanaka’s record age is symbolic of Japan’s fast-ageing population, which coupled with its falling birthrate is raising concerns about labour shortages and prospects for future economic growth.

According to USA Today, the honour of holding the world’s oldest person last belonged to Chiyo Miyako, also of Japan. Chiyo passed away in July 2018 at age 117. Moreover, the oldest living person before Chiyo was also Japanese.

A leading authority tracking supercentenarians, or people over 110 years old, is the Gerontology Research Group, which not only keeps a standardized database of the world’s oldest people but also conducts interviews and biological research with the goal of developing drugs that will slow down the ageing process, reported Rachel Nuwer for Smithsonian magazine in 2014. To make it onto the list, supercentenarian candidates must present at least two pieces of documentation proving their age, a current photo ID, and, for women who took their husband’s name after marriage, proof of the name change.