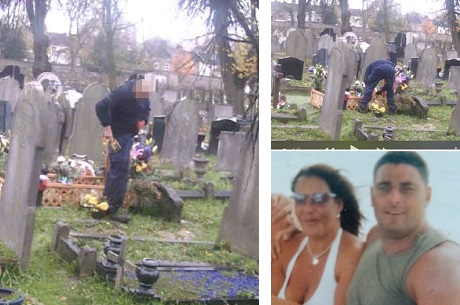 Sue Stott, 50, snared the thieves after installing a £70 hidden camera she bought on Amazon in a tree near her partner David Holmes' tombstone.

Mr Holmes, an Army veteran, collected the bottles while abroad - and his wife left them on his grave as a memento.

She put Army boots, poppies and ceramic soldiers on his memorial, alongside more than 50 miniatures, including Jack Daniel's whisky and Gordon's gin.

Callous graveyard contractors even stole alcohol from the shrine on Remembrance Day.

The 48-year-old was buried in East London Crematorium and Cemetery after he passed away from Motor Neurone Disease in June.

Ms Stott told The Sun : “When the first few went the cemetery staff said it might be the wind, birds or children.

“I didn’t believe them so installed a £70 camera I bought on Amazon. When I first played the footage I was gobsmacked.

“Two workmen go straight to his grave to steal. It’s so brazen and disrespectful."

The widow said she felt 'sick and angry' after watching the footage - and kept replacing the bottles in a bid to snare the pair.

Dignity Crematorium Ltd, the company in charge of the site, sacked the contractors over the videos and apologised for the distress they had caused. 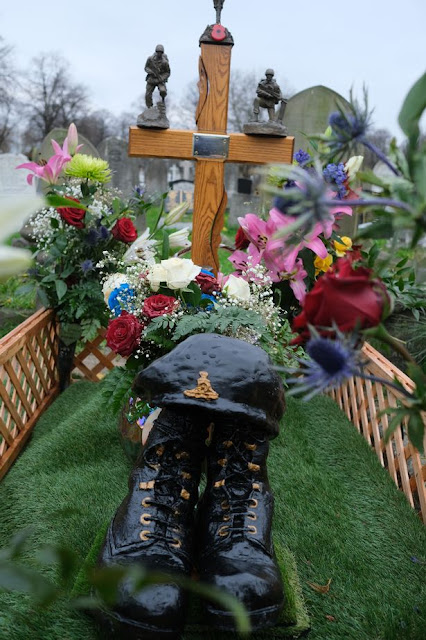