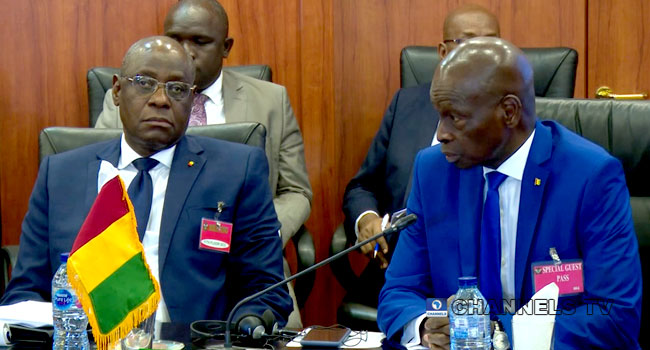 Six Economic Community of West African States (ECOWAS) countries have rejected the move by eight other francophone nations in the region to adopt the Eco common currency.

Nigeria, Gambia, Ghana, Liberia, Sierra Leone, all English-speaking countries and Guinea, the only francophone country, faulted the move by Benin, Burkina Faso, Guinea-Bissau, Ivory Coast, Mali, Niger, Senegal, and Togo who had agreed to change the name of their common currency, CFA francs to Eco.

At an extraordinary meeting of the Ministers of Finance and Economy, and the Governors of Central Banks in the West African Monetary Zone on Thursday, Mrs. Zainab Ahmed said that the declaration is not in line with the decisions of ECOWAS Heads of States.

“While the meeting applauds the decision of the francophone West African countries to the link, the meeting also noted with concern, the declaration by his Excellency, Alassane Ouattara, Chairman of the authority of the Heads of States and Governments of the West African Economy and Monetary Union on the 21st December 2019 to unilaterally rename the CFA francs as eco by the year 2020.

“WAMZ Convergence council wishes to emphasize that this action is not in line with the decision of the authorities of the heads of states and government of ECOWAS for the adoption of the eco as the name of an independent ECOWAS single currency.”

At the end of the meeting, delegates recommended that an extraordinary general meeting of ECOWAS heads of state and governments in the West African Monetary Zone be convened to discuss the matter.

“The council reiterates the importance for all ECOWAS member countries to adhere to the decisions of the ECOWAS authority heads of states and government towards the implementation of the revised roadmap of the ECOWAS single currency programme.

“The council recommends that an extraordinary summit of the authority of the heads of state and government of the WAMZ member state be convened soon to discuss this matter and other related issues.”

In December 2019, the adoption of Eco common currency by the eight francophone countries was lauded by the International Monetary Fund (IMF), showing readiness to engage with the regional authorities, owing to its proven track record in the conduct of monetary policy and external reserve management.

Ghana had in December, lauded the move and said that the country is determined to do whatever they can to join the Member States of UEMOA soon.