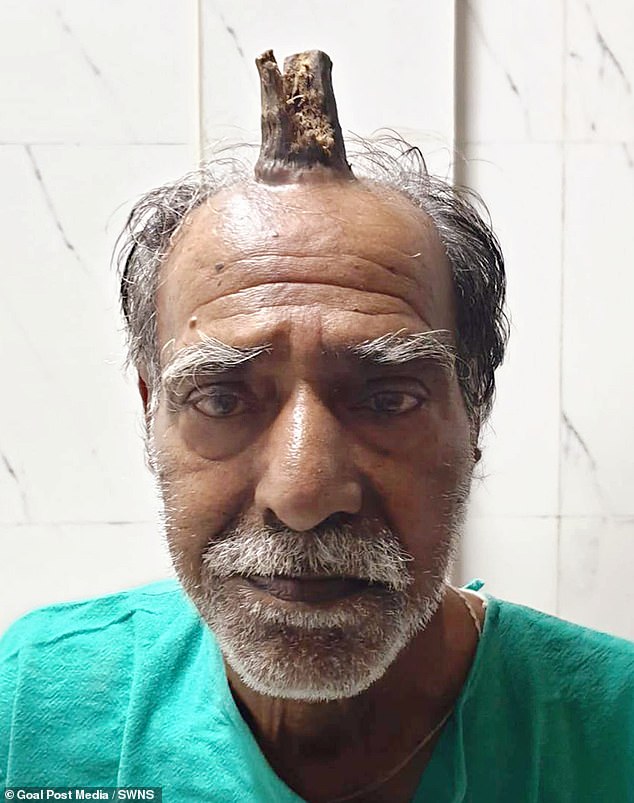 Many people have been left in a state of shock after photos emerged showing a 74-year-old Indian man, Shyam Lal Yadav, with a four-inch horn.

According to Dailymail, Shayam began growing the horn after suffering a head injury in 2014.

Yadav, who is a farmer from Rahli village in Madhya Pradesh, had suffered a head injury in 2014 which led to the formation of a rare cutaneous horn.

The benign growth is also known as the devil’s horn.

It was reported that the rare growths are made out of keratin, found in toenails and human hair, and most common in older adults.

Mr Yadav had been shaving the growth for years, until, it began to grow aggressively and the farmer asked for surgical intervention.

A surgeon, Dr Vishal Gajbhiye, who participated in the surgery said, “Around five years ago the patient had hurt his head after which a lump started growing. Initially, he ignored it as it did not cause any discomfort. Also, he got the growth cut by the local barber.

“But when the lump hardened and started growing further, he approached the hospital at Sagar.” 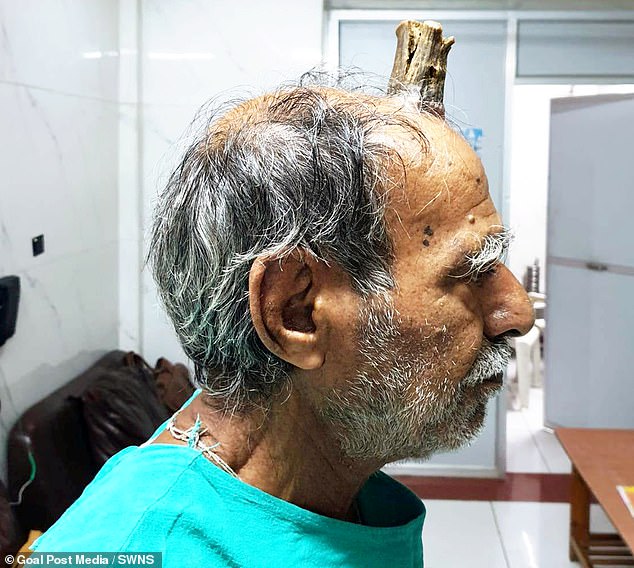