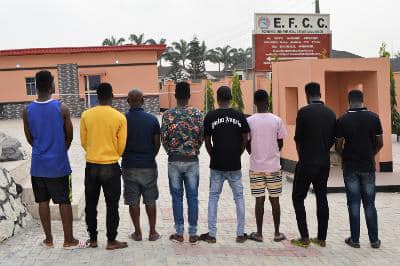 The Ibadan Zonal Office of the EFCC, over the weekend, arrested eight suspected internet fraudsters in Ibadan, Oyo State capital.

Their arrest was sequel to series of intelligence received by the commission concerning their alleged involvement in internet-related crimes.

They will be charged to court as soon as investigations are concluded.