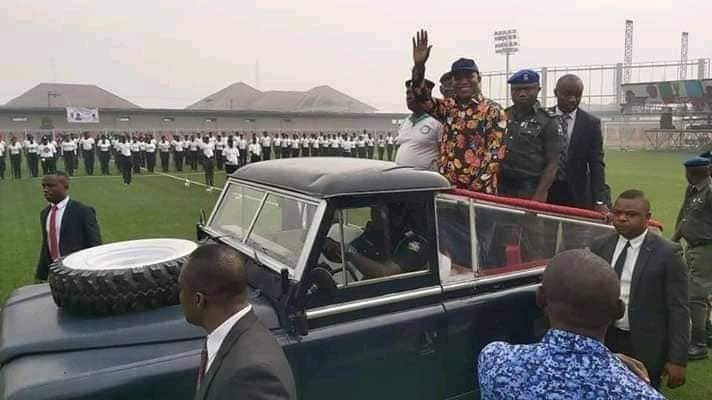 The apex court ordered INEC to issue fresh certificates to the candidates of the party with the next highest votes and with the required constitutional spread of votes in the results of the election, which are the Peoples Democratic Party’s candidates.

As a result of the judgement, PDP’s Diri Duoye is set to be inaugurated as Governor of Bayelsa state.

Planning for David Lyon’s inaguaration had been put in place, and he was spotted rehearsing for the swearing-in programmed just few hours before the supreme court judgement.

In the photos, we can see him rehearsing how he was to inspect the parade. 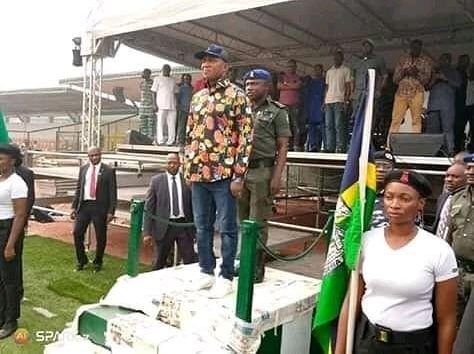 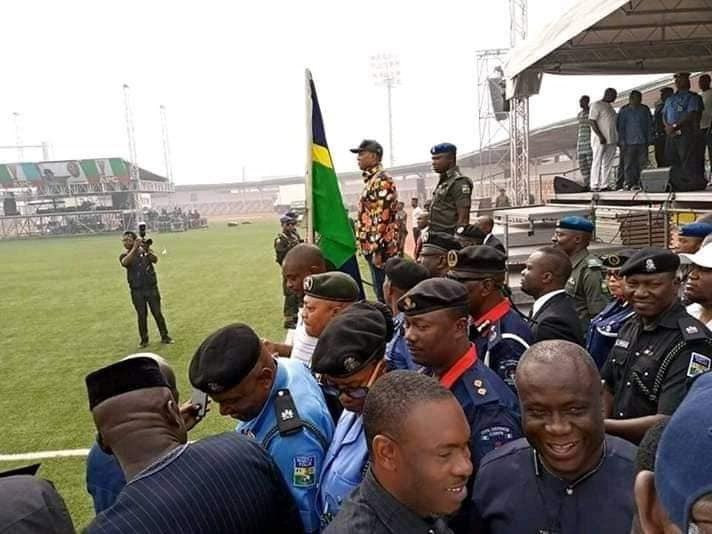