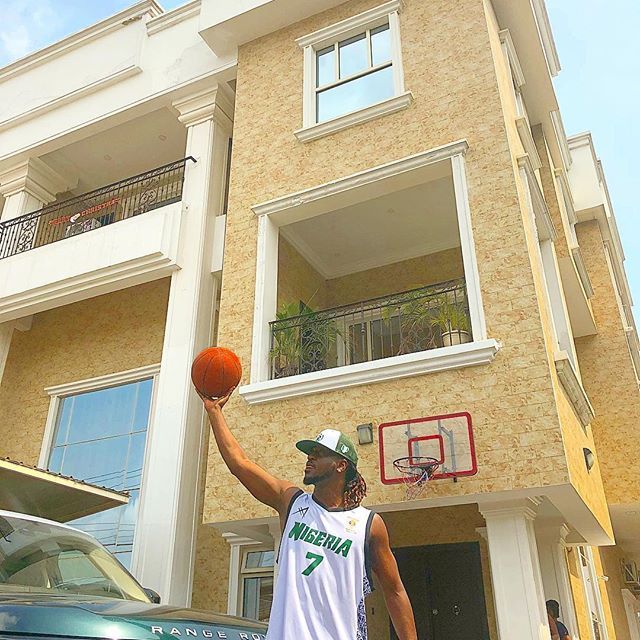 Paul Okoye showing off his house

MTV Base has started a new season of its popular show, ‘Celeb Living,’. This time, lavish houses of Nigerian celebrities have been put on display.

In the new season which kicked off on Tuesday, Paul Okoye, half of PSquare fame (Rudeboy) took the host, Nenny B, on a tour of his lavish Lagos home and studio space.

“The show will give fans a glimpse into the homes, flashy cars, fast cars, off the chain shoes, as well as the vulnerable sides of everyone’s favourite A-list celebs,” Nenny B said.

“The show is the only place where you can get a tour of your favourite Nigerian celeb’s guarded home.”

He also added that MTV Base VJ, Ehiz, would also take viewers on a tour of popular musician, L.A.X.’s breathtaking house.

“The ‘Rasaking’ singer (L.A.X) showed off his beautiful car as well as other cool spots in his home as he engaged in conversations with Ehiz. The boys also have an intense video game session and you’ll never guess who emerged victoriously,” he noted

Peoples Democratic Party (PDP) candidate, Jimi Agbaje, has also opened up his home for his teeming lovers and this will be shown in an episode on February 5.

“Mr Agbaje and his wife took us on the grand tour of their luxurious living space and answered a question or two about his plans for Lagos,” he said.

Other Nigerian celebrities who have been featured on the show so far include Praiz, Timaya, Peter Okoye and Reminisce.

Celeb Living is fashioned after MTV Cribs (also known as Cribs) a documentary that features tours of the houses and mansions of celebrities in the U.S.

Watch the tour of Peter Okoye’s Mansion below: