Nigerian singer and DMW boss, Davido is set to feature his girlfriend, Chioma on his yet to be released album.

Information Nigeria recalls the father of two, who is said to be expecting a son from Chioma, revealed that he hasn’t driven any of his luxury cars in almost year.

The singer shared photos of him and his girlfriend in the studio recording a song with the caption: 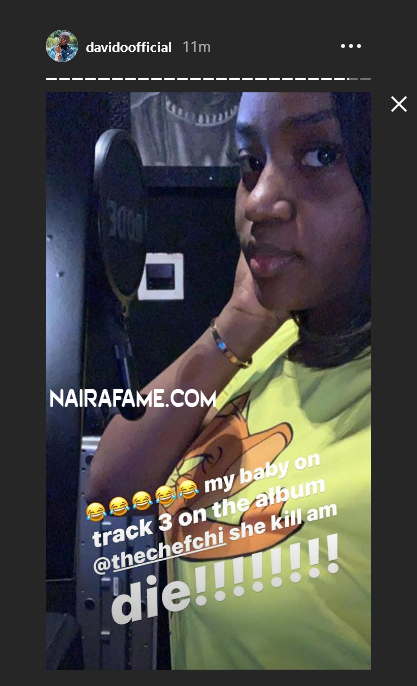