Mikel Obi who is 31-years-old quit on his contract at Chinese Super League (CSL) side Tianjin TEDA after escaping relegation. 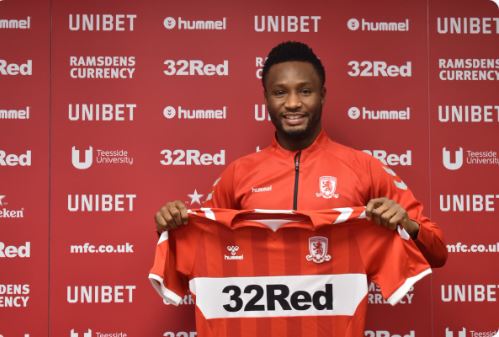 The Nigerian skipper has battled injuries since the 2018 FIFA World Cup in Russia and has put in effort to get back in top shape and was linked with a move to Turkey Super Lig side Fernebahce.

However Middlesbrough have been the side to get Mikel back to England after he passed a medical and signed a short term deal.

Middlesbrough are currently in the battle to gain promotion to the Premier League from the Championship.

"We’re delighted to confirm the signing of @mikel_john_obi!" Middlesbrough wrote on Instagram