Welcome to our live updates on the presidential election petition tribunal.

The presidential election petition tribunal will today deliver judgement in the petition brought by the Peoples Democratic Party (PDP) and its presidential candidate, Atiku Abubakar.

All the parties in the suit had made their final submissions on August 21, when the tribunal declared that the date for the judgement will be communicated at a later date.

The PDP and its candidate are seeking to nullify the election of President Muhammadu Buhari in the February 23 poll.

There is a very heavy presence of security officials at the court premises while the tribunal is set to commence with many lawyers present.

The Chief of Staff to the President, Abba Kyari who was also a witness for the president at the tribunal arrives the courtroom. 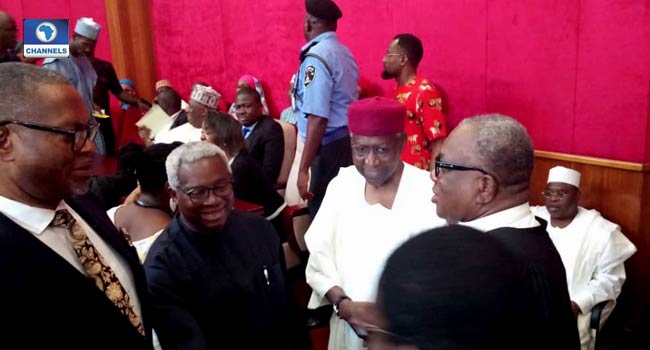 The Minister of State for Niger Delta, Festus Keyamo arrives courtroom. Keyamo, who is also a Senior Advocate of Nigeria exchanges pleasantries with lawyers upon his arrival at the court premises. 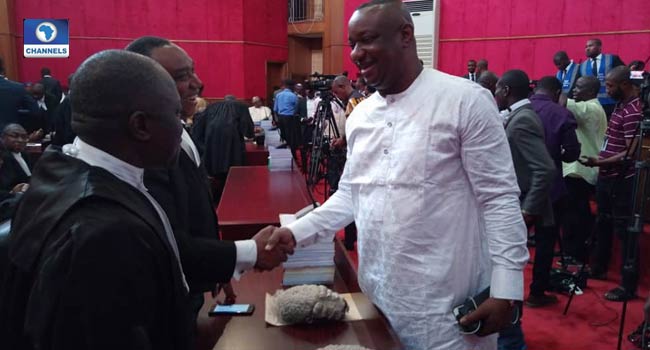 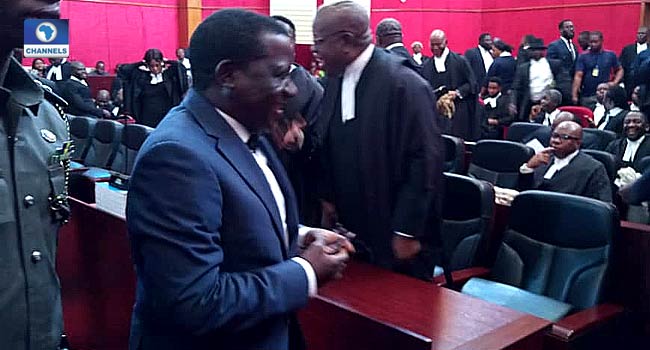 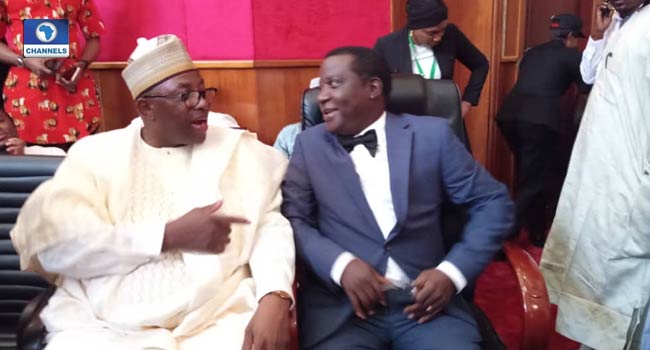 Chairman of Peoples Democratic Party (PDP), Uche Secondus arrives the courtroom. He also went around and exchanged pleasantries with lawyers defending the PDP in the petition. 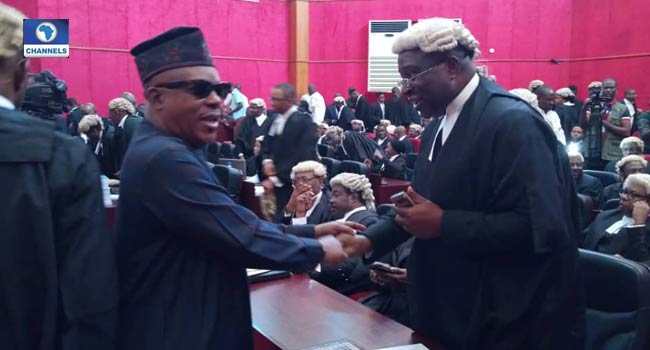 He also embraced the Chairman of the opposing party, All Progressives Congress (APC), Adams Oshiomole. 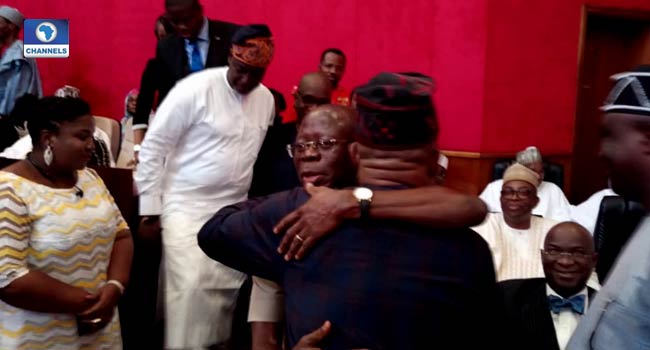 Also in court is the governor of Kebbi State Senator Bagudu, Minister of Labour and Productivity, Senator Chris Ngige and the Minister of Works and Housing, Raji Fashola. 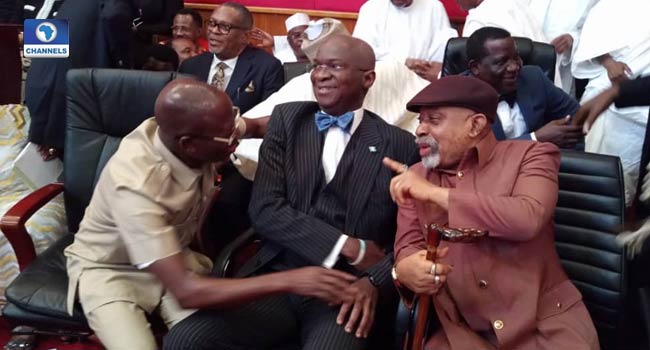 The panel of the tribunal arrived for the final time in this petition.

The panel is led by Justice Mohammed Garba.

The parties take appearances after which the chairman of the tribunal will deliver the ruling.

The tribunal at the pre-trial hearing reserved rulings in some preliminary objections to today’s judgment.

The Chairman then announced that those rulings will be delivered before the final judgment in the petition.

The first Preliminary Objections being heard is the one filed by the Independent National Electoral Commission (INEC) asking the tribunal to dismiss the petition of the PDP and Atiku for not joining the vice-president who participated in the election as a necessary party.

The first Preliminary Objections (PO) was filed by INEC asking the court to dismiss the petition for failure to join the vice president who is a party to the election on four grounds as he is an indispensable party in the petition.

The PO said failure to join the vice-president robbed the court the powers to hear the petition as such it should be dismissed.

Justice Garba held that not joining the vice president is not fatal to the Petition.

He said the objection is not correct in law,  it lacks merit and is hereby dismissed.

The dismissal is a unanimous decision of the panel.

Summary: The tribunal has dismissed a preliminary objection filed by INEC seeking a dismissal of the petition of the PDP and its presidential candidate Atiku Abubakar for failure to join the vice-president as a party in the suit having participated in the election that is the subject of the appeal.

The next Preliminary Objection (PO) to be decided was also filed by the first respondent INEC.

The PO is seeking an order striking out the petitioners list of documents for being incompetent.

The PO also sought for an order declaring that the lead counsel Mister Levi Uzoukwu who signed the petition is not a legal practitioner enrolled in roll or register of legal petitioners in Nigeria.

Tribunal takes the preliminary objections of the second respondent who is President Muhammadu Buhari.

The PO is seeking an order of the tribunal to strike out the petitioners petition for lacking in merit.

Mr Chidoka is the star witness for the petitioner, Atiku Abubakar.

The tribunal also dismissed the contention by President Muhammadu Buhari that Atiku Abubakar did not qualify to file the petition as such it should be dismissed.

The court held that having participated in the election Atiku is competence to file a petition.

The tribunal also struck out the Preliminary Objection of President Buhari seeking to expunge the paragraph of the petition which questioned the qualifications of the president to contest the election.

The tribunal held that in line with section 138 subsection 1(a)  of the 1999 constitution, the qualification of any person who participates in an election can be questioned.

The tribunal is now hearing the preliminary objection of the APC which is the third and last respondent in the petition.