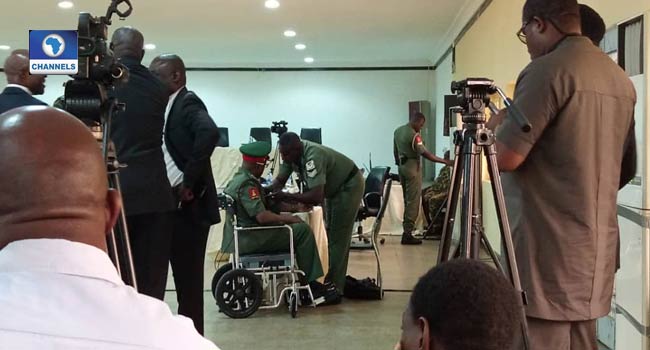 Major-General Otiki is wheeled into the command officer’s mess. This is premises of the court marshal.

Journalists were prevented from taking close shots of him.

The general is undergoing medical examination but it is not clear why.

The panel of the court marshal arrives into the venue.

Okechukwu Adinu appears for General Otiki. He asked that the General be allowed to sit throughout the trial. 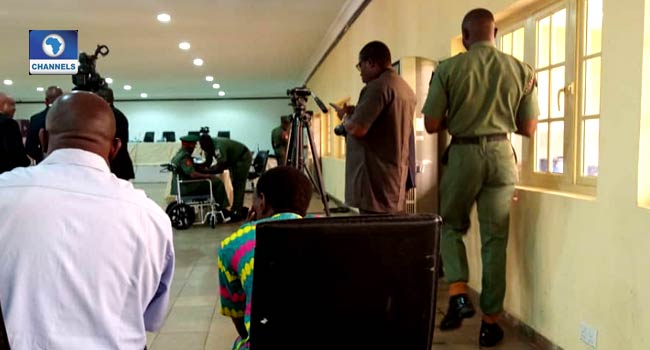 Lieutenant General Adeosun is the President of the tribunal.

Five soldiers were confirmed to have stolen the money while on escort duty from Sokoto to Kaduna State in the first week of July.

The former GOC had reportedly asked the soldiers to escort the money and deliver it to a Very Important Personality (VIP) in Kaduna.

The defendants objected to General Adeosun as President of the Tribunal because he feels he will not get a fair trial under the leadership of General Adeosun.

According to him, the President of the Court Marshal and the defendant have a long-standing grudge.