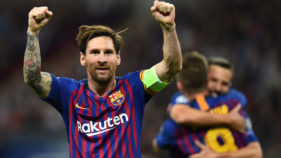 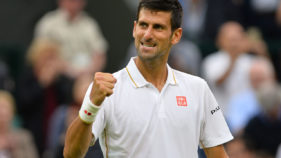 Spanish-born Nigerian youngster, Kevin Carlos Omoruyi believes he is the next Daniel ‘The Bull’ Amokachi in the future of the country’s football.

Omoruyi, 17, who was recently invited for trials by the newly promoted LaLiga club, Sociedad Deportiva Huesca, said his dream to play for Nigeria will indeed happen soon, saying he has always seen Daniel Amokachi and Cristiano Ronaldo as his role models ever since he started watching football.

“I like Amokachi’s agility and the rate he plays football with so much energy and vibrancy,” he enthused.

Omoruyi, whose parents hail from Edo State, was born in Huesca Aragon, Spain. He is among the five youngsters invited by Sociedad Deportiva Huesca club for trials recently.
Others include Spanish young players like Gustavo Abizanda, Dani Arnedillo, Javier Almerge, and Javier Gasca.

“My hard work brought me this far. I am a young striker that loves what I do and for me, it is a thing of joy to be here,” he said.

He urged the Nigeria Football Federal (NFF) to spread its searchlight for more young players of Nigerian descent scattered all over the world, adding, “it is important because young players like us start training from very tender age with good facilities. That enables us know the rudiments of the game early in life.”