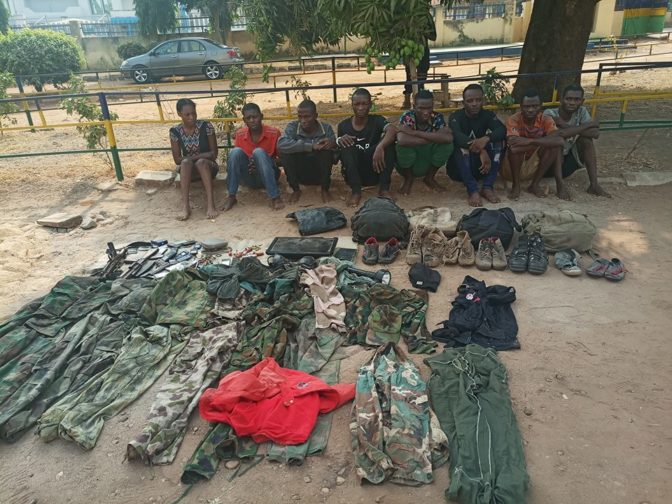 The Commissioner of Police in Benue Omololu Bishi, told newsmen in Makurdi, that the command apprehended eight armed robbery suspects with firearms, military uniforms and a police uniform on Jan. 8.

Bishi said the suspects were apprehended following a tip-off from informants that hoodlums who had been terrorizing motorist, dressed in military uniforms, were planning to perpetrate their acts on Otukpo-Enugu highway. They were also alleged to be notorious for diverting luxury buses to the bush to rob passengers. He said following the tip off, a team of operatives stormed the area, where the suspects were arrested.

He explained that at their hideout at No.48 Agida Street, Otukpo, upon sighting the officers, the suspects opened fire on them and two of the hoodlums died during the gun battle, while eight were arrested. He said they were found with 1 SMG rifle, one locally fabricated berretta pistol, one locally fabricated double barrel revolver gun, 16 rounds of live ammunition, 11 rounds of live cartridges, and six pairs of Military Camouflage uniforms with various name tags. 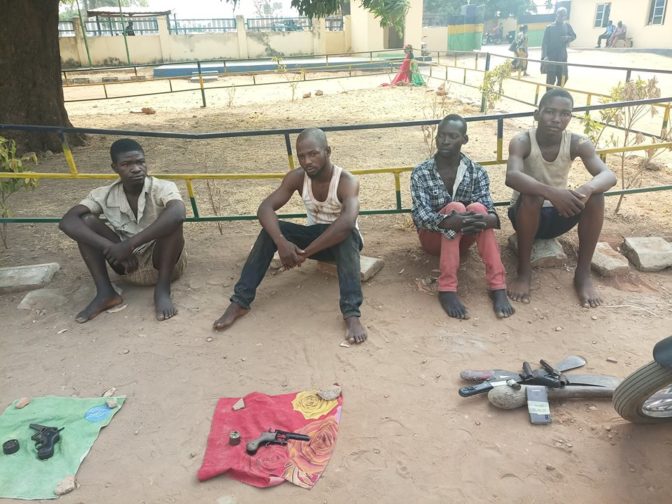 The commissioner also said on Jan. 20, some armed robbers criminally trespassed into a compound at new city, Zaki Biam, robbed their victims of money, handsets and thereafter, raped a 50 year old woman. He said following the swift response by Police Operatives in the area, one Terdue Tivkaa 20, Tarvershima Fazanga 19, and Solomon (gang leader now deceased).

Bishi said they were arrested with one locally fabricated pistol, one live cartridge, 2 cutlasses, 2 handsets and one axe. He said the suspects had all confessed to the crime.